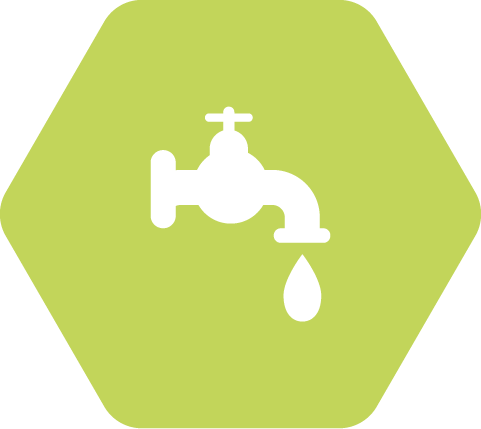 Tap water is not only better than its reputation – it is also particularly climate-friendly. According to the Federal Environment Agency, drinking tap water produces less than one percent of the environmental impact of bottled mineral water. And the quality is not necessarily worse than that of mineral water – quite the opposite. And – it is also much cheaper. However, drinking water that has been in the tap for more than four hours should not be used for preparing food and beverages. Drain the water and do the “finger test”: fresh water is noticeably cooler than so-called “stagnant water”.

You can find out more about which cookies we are using or switch them off in settings.

This website uses cookies so that we can provide you with the best user experience possible. Cookie information is stored in your browser and performs functions such as recognising you when you return to our website and helping our team to understand which sections of the website you find most interesting and useful.

Strictly Necessary Cookie should be enabled at all times so that we can save your preferences for cookie settings.

If you disable this cookie, we will not be able to save your preferences. This means that every time you visit this website you will need to enable or disable cookies again.